Xing Guardian is a highly lucrative game that has a lot to offer to its players. This is because the game has 1024 ways to win. In addition to the ways to win, the game has multiple bonus features and special icons that players can take advantage of.

The first of them is the Chinese Princess. This Chinese princess is going to help players get paid by replacing any of the other icons appearing anywhere on the reels of the game to help get paid. It will replace the icon that would result in the biggest payout. The only icon that the wild will not be able to replace is the scatter symbol. The scatter icon is the Ying Yang symbol. This symbol would give players scattered prizes that multiply the bet when 3 to 5 land on the reels. The same number of scatters would trigger the free spins round that would give players a total of 10 free games.

There are two more features that can become active during the game. The first one is the Rise of the Dragon feature in which the dragon can appear to reveal a stack of wilds on one or even multiple reels. There is also the Xing Guardian Locked Reels feature.

The game has one main character which is the Asian Chinese princess. She appears as a symbol on the reels, and represents the wild icon.

Xing Guardian is a 5 reeled game that has 1024 ways to win. The game takes players on a greatly mystical and an entertaining Asian themed gaming experience. Players will be taken to the mystical Chinese mountain tops for an entertaining and a great adventure as they look for the Ancient Chinese Xing Guardians and the fortunes that they can bring.

The game has amazing visuals that would provide players with a highly immersive experience. It also comes packed with many special features and bonuses that would make sure the players’ stay at the game is worthwhile. 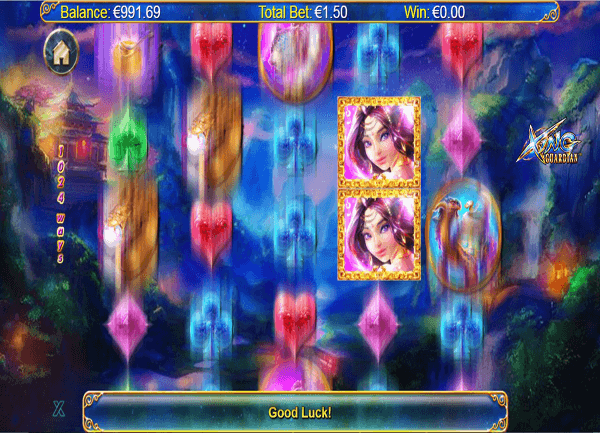 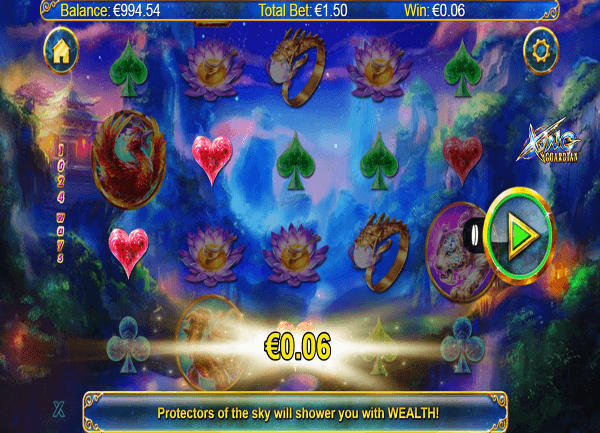 Xing Guardian
slotadmin
February 24, 2017
7.9/10
Xing Guardians is a 5 reeled slot machine with 1024 ways to win. The game has a mystical Asian Chinese theme that is about the ancient Guardians.
7.9 Review Score
Xing Guardian

Xing Guardians is a 5 reeled slot machine with 1024 ways to win. The game has a mystical Asian Chinese theme that is about the ancient Guardians.