Viking Fire is a highly rewarding game, which does not come as a surprise since the game is developed by Lighting Box Games. The game has a generous set of paylines, totaling 40, and it comes with a lot of special features and icons. All of this guarantees players a lucrative ride that keeps on giving.

The game’s first special icon is its wild substitution. Since the game is all about Vikings, it makes sense that the wild icon would be the Viking’s favorite weapon, the hammer. The big golden wild hammer will substitute for all other icons across the game’s reels and lines. This wild will stand in for one icon per line, it will choose the icon that would create the biggest payout possible.

The only exception is the scatter bonus icon; it is the only icon that the wild can’t replace. The Bonus icon can trigger scattered rewards. On top of that, they can trigger the bonus round in which players will sink enemy ships. Through that bonus, they can claim extra wilds and trigger additional free games.

The game has 4 characters that will join players during the game play. There is the redheaded Viking female warrior, the Viking leader and the sorcerer. There is also another Viking warrior that will appear on the left side of the reels carrying a hammer.

The symbols include the dog, the golden hammer, the flaming bonus icon and the usual low paying poker card icons.

Viking Fire is a 40 lined Lighting Box powered slot machine. The game has a 5 reeled setup that takes players to the Viking age where they can join a Viking tribe for an amazing experience. Players will get to join them and claim their own share of the Viking loot and treasures.

The game offers state of the art visuals that will entertain and immerse players into the theme and the adventure of the game. The game also comes packing great winning chances and special features. 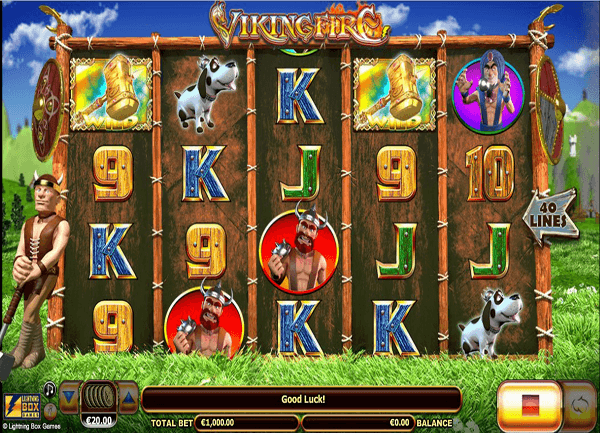 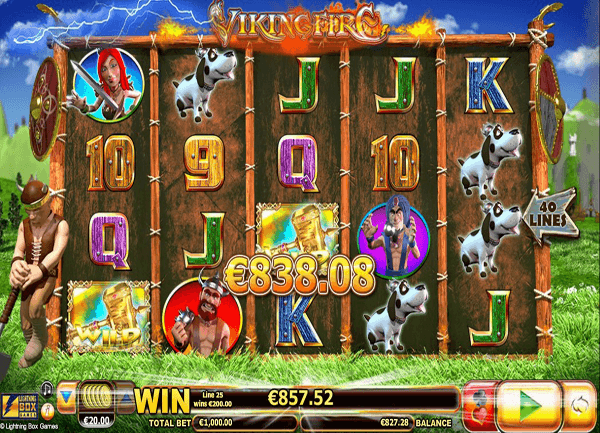 Viking Fire
slotadmin
January 31, 2017
7.9/10
Viking Fire is a 5 reeled, 40 lined slot game that takes players to the Viking Age where they can enjoy a mesmerizing ride that is full of rewards and features.
7.9 Review Score
Viking Fire

Viking Fire is a 5 reeled, 40 lined slot game that takes players to the Viking Age where they can enjoy a mesmerizing ride that is full of rewards and features.