Twice the Money is quite a lucrative video slot machine that has a lot to give to its players. This is because of its 30 lines, in addition to its special icons and features. The first of these special features is the wild icon. This wild icon comes in the form of the red dynamite sticks that is used to blow up mountains and open way for the miners. The dynamite being wild will help players claim prizes. It achieves that by replacing all of the other icons that appear on the reels of the game to help form the best payout possible.

That is not all what the wild can do. This is because the wild symbol is also a multiplier. It will multiply any winnings it helps in creating a winning combo, depending on the number on the wild. The multiplier can be x2, x4 or x8.

The game does not have any character icons or visuals that players will see anywhere during the game play.

Twice the Money is a 5 reel game that hosts the grand total of 30 wager lines. The game is highly rewarding and exciting. This does not come as a surprise, since it is from the portfolio of Ainsworth Gaming. The game takes players on a gold mining ride where they can join the Gold Fever and claim their own share of the gold.

The game has amazing realistic visuals that would immerse players into the theme for a great ride that is like none other. Other than the engaging ride, the game has a wide betting range, and multiple special icons and features. 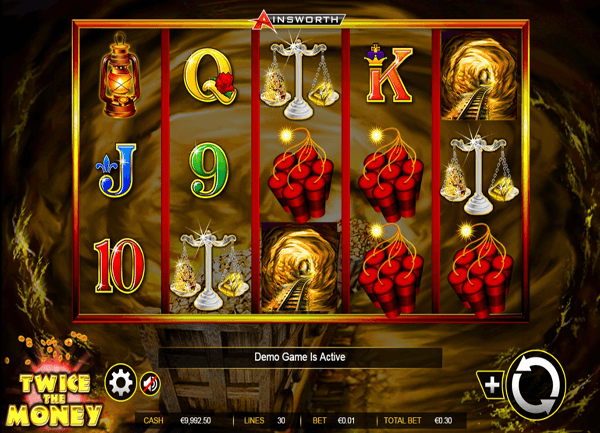 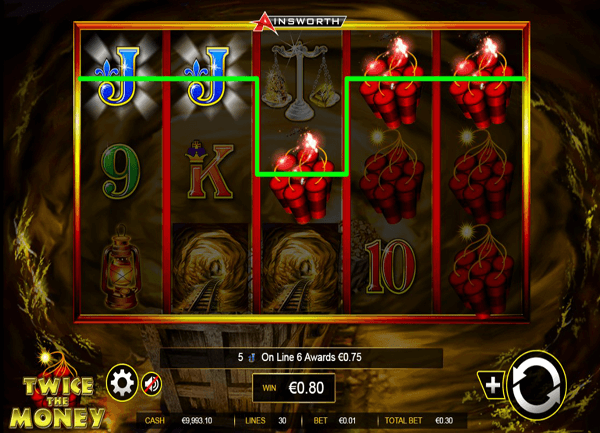 Twice the Money
slotadmin
March 2, 2017
7.6/10
Twice the Money is a five reeled game that has 30 wager lines, across which players will travel to a mine in search for their share of the golden fortunes.
7.6 Review Score
Twice the Money

Twice the Money is a five reeled game that has 30 wager lines, across which players will travel to a mine in search for their share of the golden fortunes.