The game is packed with a long list of bonus features, depending on which class the players have chosen. There is a wild icon, which is the Titanic Uppercase “T” symbol, which has the ability to replace other icons on the lines to help create the highest payout on each of the lines. There is also the 2X wild symbol which acts as a double wild.

The other symbols are inspired by the movie, as they include the Titanic “T” logo, the vintage car, wooden barrels, drinks and more. All of the symbols come in great graphics so players feel as if they are snapshots from the movie.

Titanic is a Bally Technologies game that is powered by SG Interactive (Scientific Games). The game is themed around the blockbuster movie, Titanic. So get ready to be a part of the movie through this action and rewards packed video slot. The game has a format of 5 spinning reels and a total of 25 wager lines. Join Jack and Rose and claim plenty of rewards while enjoying a visually accurate and a satisfying gaming experience that is like none other. 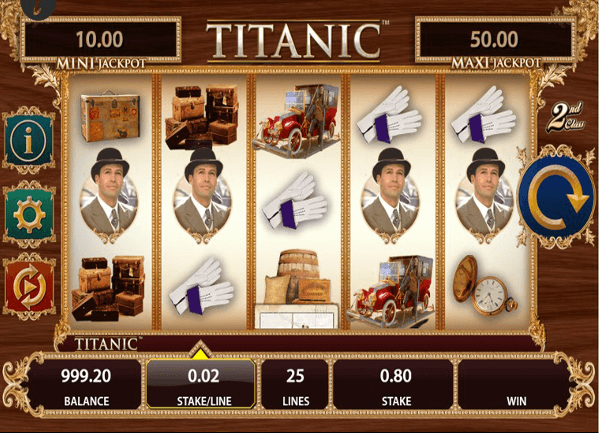 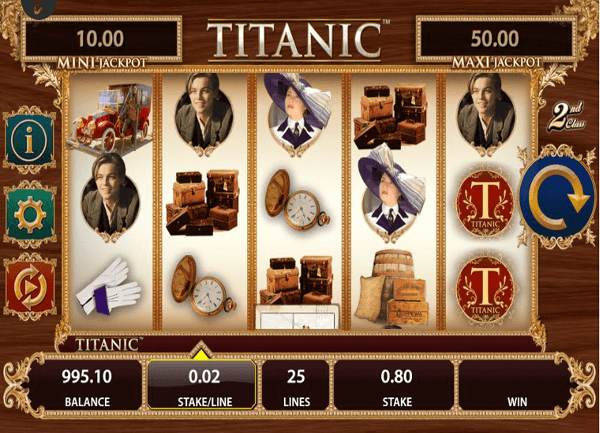 Titanic Slot
slotadmin
July 2, 2016
7.6/10
Titanic is a game that is developed by Bally Technologies that is themed around one of the most popular and successful blockbuster movies of all times, Titanic.
7.6 Review Score
Titanic

Titanic is a game that is developed by Bally Technologies that is themed around one of the most popular and successful blockbuster movies of all times, Titanic.

Back Monopoly Once Around Deluxe Mobile
Next Titanic Mobile