The Slotfather II is a high paying video slot machine that has 3D visuals and a lot of special features and bonuses. The first of the special icons that the game has in store for its players is the wild briefcase. This wild briefcase is going to act like the joker in a deck of cards. This wild is going to replace all other icons appearing anywhere on the game’s lines. This wild will replace the symbol that result in the biggest payout possible, according to the remaining icons on the lines. The only symbol that the wild is not able to replace is the scatter truck symbol.

The game’s characters include the Slot Father himself who appearing on the left side of the reels as well as his henchmen that appear as symbols across the reels of the game.

The other symbols include stacks of dollars, a briefcase full of money, cigar, whiskey, a frame with a picture, a truck, a poker hand and a bloody cleaver.

The Slotfather II is a new Betsoft Gaming powered video slot machine that is the sequel of The Slotfather, which is one of the great and successful video slots by the developer. The new game is also a 3D slot and it invites players to join the Slot Father once again, in a criminal themed experience. They will get to join him and his henchmen in an action packed ride that is full of rewards.

The game has a 243 ways to win format that are hosted on 5 reels. All of the symbols come in 3D, and they are inspired by the action packed theme of the slot machine. 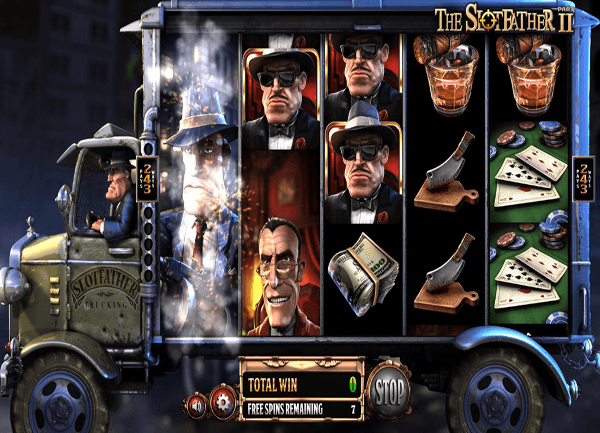 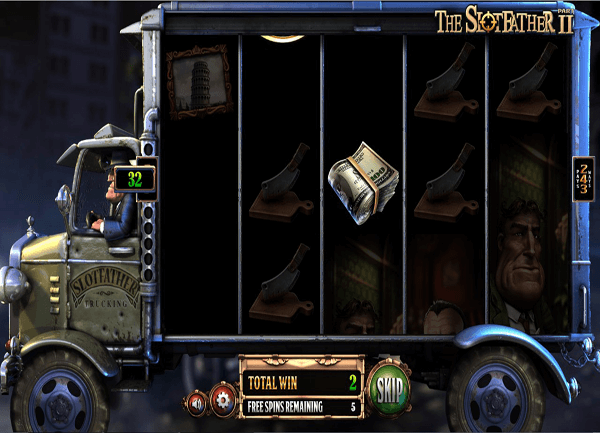 The Slotfather II by Betsoft Gaming is a new 3D game that is a sequel of a very successful game. The new game has 243 ways to win, 5 reels and multiple bonus features.