Prissy Princess is a 5 reeled game that has 20 wager lines, and a medieval theme that is like none other. The 20 wager lines are not the only way through which players will be able to claim prizes. The first of the special features is the Crumbling Tower feature. This feature becomes active during the base game, whenever players manage to create a winning combo of matching icons. When that happens, they will vanish, and new ones will fill their place to give players more winning chances. It would also trigger a re-spin.

The game also has a treasure chest icon, which is the scatter. If players get multiple treasure chests and unlock the treasure chest at the top, they will be able to claim a cash prize that is a multiple of the placed bet. The fun does not stop here, as the game has multiple bonus features that players can take advantage of. There is the Dragon’s Pride, the Dragon’s Breath and the tournament. Players can find all about these special features, as well as the regular payouts at the paytable of the game.

The game’s characters are the different knights in metal armors that players will join during the game play. There is also the prissy princess who is the main character of this slot machine.

The symbols include medieval weapons such as swords, flails, armors, shields and more.

Prissy Princess is one of the newest game to be released by Play n Go. The new game takes players on a medieval adventure that will reward them well. This is because the players will get to join the knights in their quest to win the love of the princess. The game has 5 reels that host 20 lines.

The 20 wager lines can give players a lot of rewards as players match icons across them. That is not all, as there are plenty of bonus features that players can claim throughout the game play. The 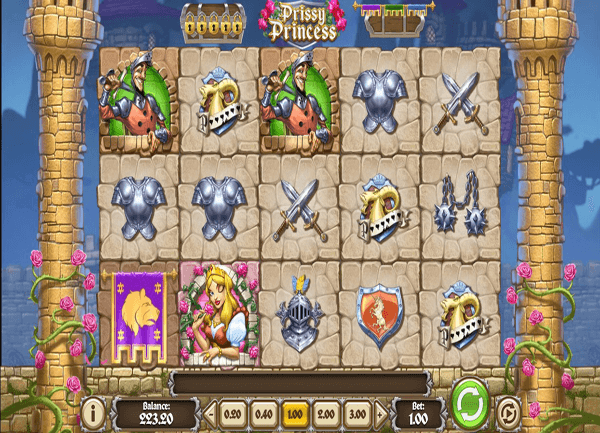 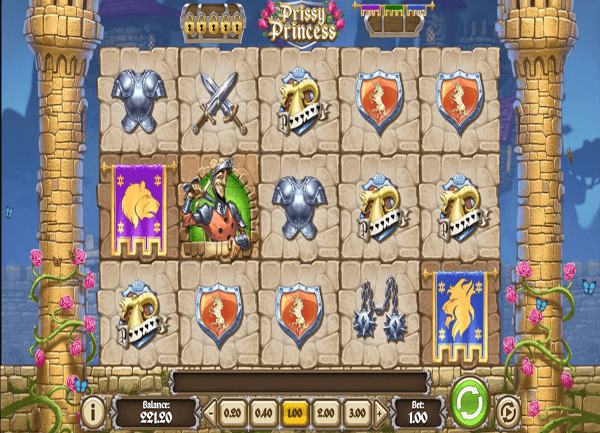 Prissy Princess
slotadmin
February 26, 2017
7.6/10
Prissy Princess is a 5 reeled, 20 lined video slot machine that is the newest game to be released by Play n Go. It has a medieval theme that hosts plenty of special features.
7.6 Review Score
Prissy Princess

Prissy Princess is a 5 reeled, 20 lined video slot machine that is the newest game to be released by Play n Go. It has a medieval theme that hosts plenty of special features.