The game has quit an exciting feature which increases the winning chances of players. This feature is called the Magic Portals Wild Transformation feature. As mentioned, the game is all about the magic portals, this is why this feature is activated whenever 2 matching symbols land in the magic portals on the 1st and the 5th reel at the same time.

When that happens, the game will use its magical abilities in order to transform the two symbols in the magic portal and all instances of that symbol on the other reels and lines of the game into wild icons. The only symbol that can’t trigger that feature is the Free Spins feature. This feature can be activated during the base game and the free spins round as well.

One of the main characters of the game is the sorceress, she has white blue-ish hair and she is our only hope against the evil wizard who also appears wearing a green hat with a big white beard on the reels and the lines of the video slot along his vicious companion, the red headed witch.

The Wild Symbol: This symbol substitutes for all other icons on the reels of the game, except the free spins round, on the reels and the lines of the Magic Portals video slot game to help players in creating winning combos to earn a line payout.

The Free Spins: This icon can activate 10 free spins for lucky players when they get 2 of these symbols in the magic portals of the game.

The Red Headed Witch: She is the highest paying symbol that can pay players up to 500 credits when 5 of her land on a payline of the game.

Magic Portals is an impressive Net Entertainment powered video slot machine that will take players through magical portals into the world of magic. If you ever though that magic do not exist, you better think again, as after playing this game and earning the great pays that magic has to offer you, you will certainly believe it exists. The game is themed around two magic portals that can be found on the first and the 5th reel in the center position.

The entire game’s interface is inspired by the world of magic, this is why players will see a sorceress and other mythical creatures spinning on the reels of the game in the form of symbols. Players will find twenty five betting lines that they can place bets on by choosing how many coins they wish to place on these lines (from 1 to 10) and the value of these coins (from 0.01 to 1). There is also the Max Bet button that enables them to automatically spin the reels after placing the biggest bet of the game. 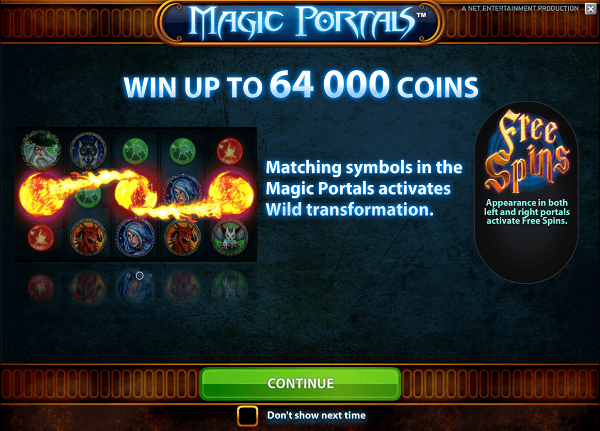 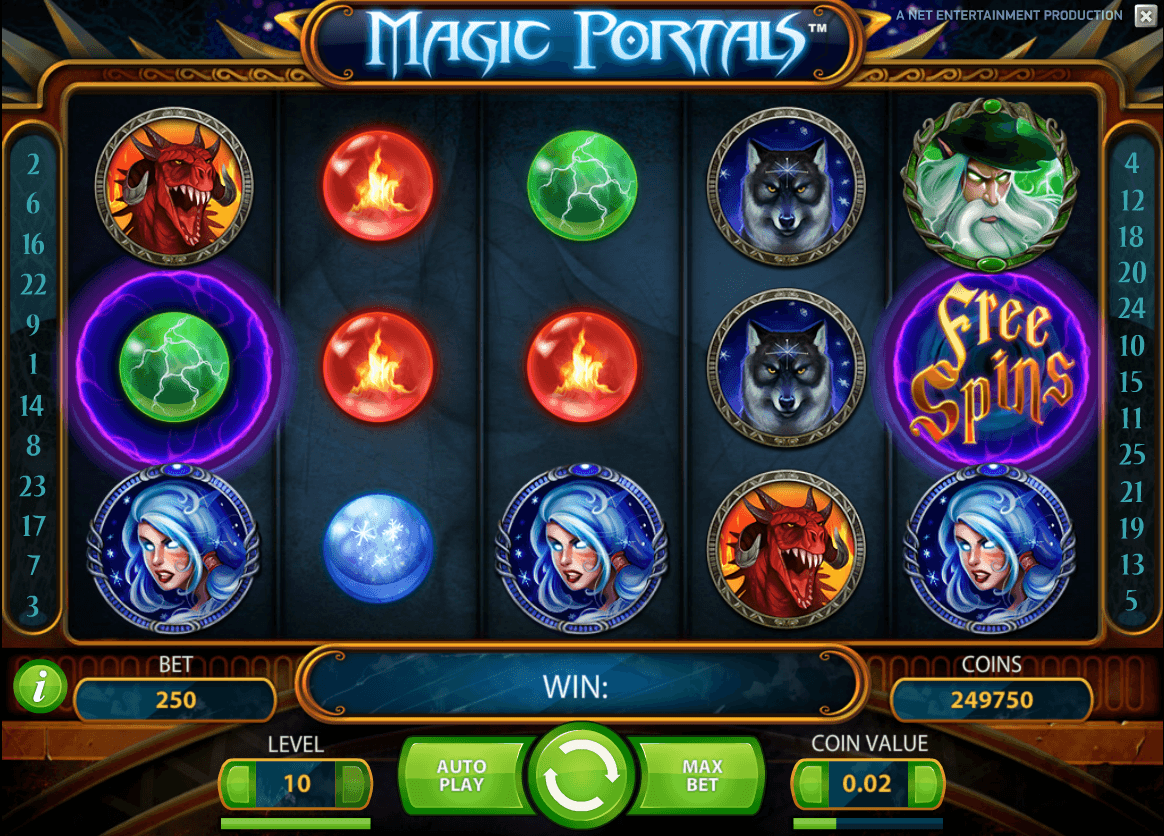