Magic Mushrooms is not just the title of the slot, as it also the main bonus attraction of the game. This is because the magic mushrooms icons are the wild symbols of the game. There is the Purple Wild Mushroom, which acts as a simple wild on the 1st and the 5th reel. It would substitute for other icons to help players get paid. Only the highest payout is given out with the help of the wild. There is also the Blue Multiplier Wild Mushroom, which does not only substitute for other icons, as it would also multiply any payouts it helps in creating. The multiplier varies between x2 and x10. Last but not least, there is the star wild, the Red Spreading Wild Mushroom. This spreading wild can only land on the middle reel and it can expand, covering the entire reel and creating even more spreading wilds.

Apart from the magic mushrooms, there is the scatter glowing snail shell that triggers a number of free spins. Players who get 2, 3, 4 or 5 scatters will manage to trigger 2, 10, 20 and 75 free spins.

The game’s characters are the beautiful, yet weird and mystical creatures that seem to be from another evolutionary ladder. This includes magical frog, a monkey looking creature and more. There are also fossils of other creatures including insects and butterflies.

The symbols that do not depict these mystical creatures are the 3 wild mushrooms (red, purple and blue), as well as the scatter glowing snail shell.

Magic Mushrooms is an amazing and a visually entertaining game by Yggdrasil Gaming that takes players on a fun ride that is full of mystery and great rewards. Players will be taken into a cave that has its own magical world as they see magical mushrooms as well as mystical creatures spinning as symbols across the reels and the paylines of the game.

The game’s format is quite regular as it has 5 reels and hosts forty stake lines. Players will place their wanted wagers under the reels by choosing the coin value, as the 40 lines of the game are fixed. The visual quality of the game is certainly something to be ecstatic about as it comes in high quality that provides players with a really visually satisfying experience. 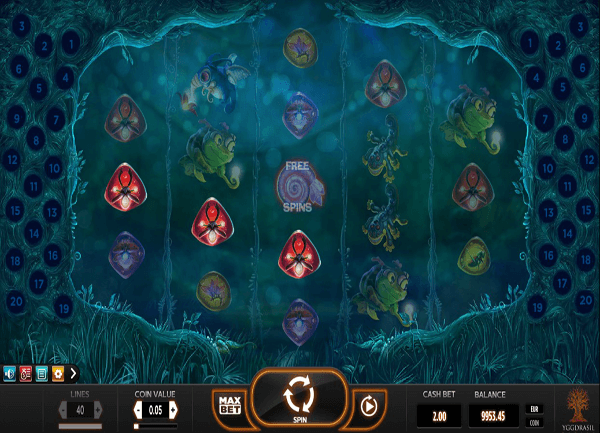 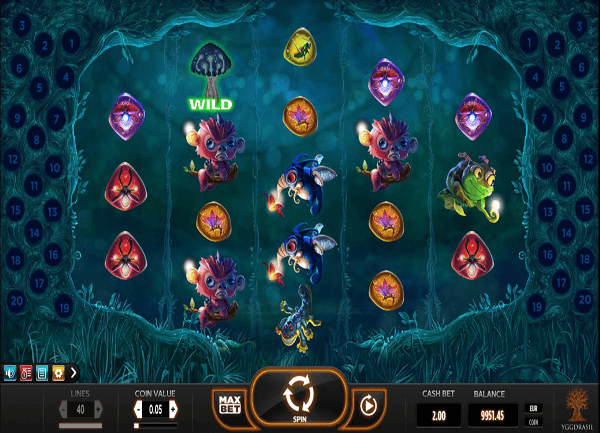 Magic Mushrooms is 40 lined, 5 reels and multiple wild magic mushrooms, a scatter icon and a free spins round, courtesy of Yggdrasil Gaming.