The first of the special icons that the game has is the wild icon that comes to players in the form of King Kong, the mighty giant gorilla that is scary as it is rewarding. This wild King Kong symbol would appear anywhere on reels, 2, 3 and 4 in order to substitute for all of the other symbols, with the exception of the scatter. It would replace the icon that would result in the highest payout possible. King Kong Goes Ape is another feature, in which King Kong will go crazy when he lands on the 3rd reel, stomping his way and turning the entire third reel into a wild one.

The scatter symbol, which is the other special features that the slot has is the logo of the game “King Kong”. This scatter logo does not only give out scattered pays that would be multiplied by the placed wager, on top of that, players can claim up to 150 free spins with many multiplied rewards.

The symbols include a compass, a ship, a skull, movie tickets, handcuffs, a spider, a plane, a giant dinosaur and a camera.

King Kong is one of the most successful movies in history. This is why it was remade multiple times and this is also why Next Gen Gaming has created this title, that is inspired by the events of the King Kong movie, which also explains the title of the game.

The slot has a 5 reeled setup that is home to 25 wager lines, that come packed with many winning chances, a wild icon and a free spins round that can give players up to 150 spins. The game is presented in realistic visuals that help captivate the players from the moment they open the game. 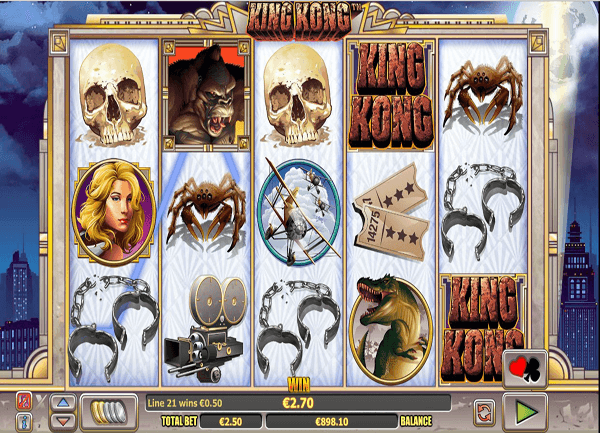 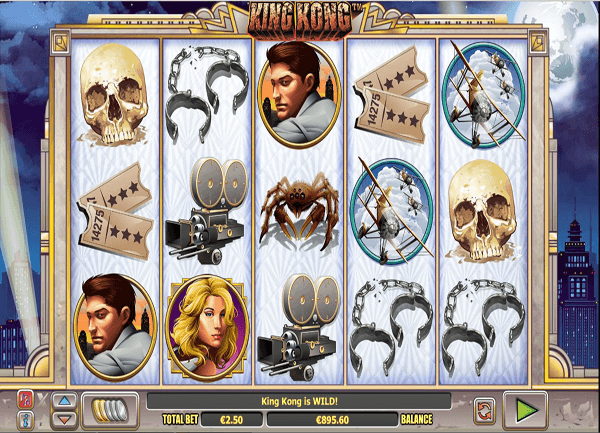 King Kong
slotadmin
July 14, 2016
7.8/10
King Kong, the monster giant gorilla is here to terrorize the city as you spin the reels and claim the great rewards that the slot has in store.
7.8 Review Score
King Kong

King Kong, the monster giant gorilla is here to terrorize the city as you spin the reels and claim the great rewards that the slot has in store.