Green Lantern by Playtech is a highly rewarding video slot machine. This does not come as a surprise, since the game is from the lucrative portfolio of slots of Playtech. The first of the special icons of the game is the wild. This wild comes in the form of the Lantern’s ring. Just like the ring which can create anything you can imagine, the wild icon would replace any other icon. It will replace the symbol that is going to result in the biggest payout possible, depending on the remaining icons across the ways to win of the slot machine. The wild will not be able to replace the other special icons of the game. The Lantern ring wild can only lands on reels 2, 3, 4 and 5.

The game has another special wild, which is the yellow lantern ring. This wild is the stacked wild that can appear stacked on top of itself to help players create multiple prizes. This wild can only land on reels 2, 3, 4 and 5 during the Fear Fight Mission. The stacking wilds will stack throughout the entire mission bonus. The game also has the collapsing feature that allows for multiple winning chances.

There is also the Green Lantern Power Bar that is filled through the consecutive wins of the collapsing reels. It is also the way into the Fear Fight Mission and other bonuses.

The characters that the players will join during the game are the same characters from the movie. This includes the Green Lantern himself, other members of the lantern corps and the guardians.

The game has multiple winning chances, whether through the 243 ways to win, or the game’s special features and icons. 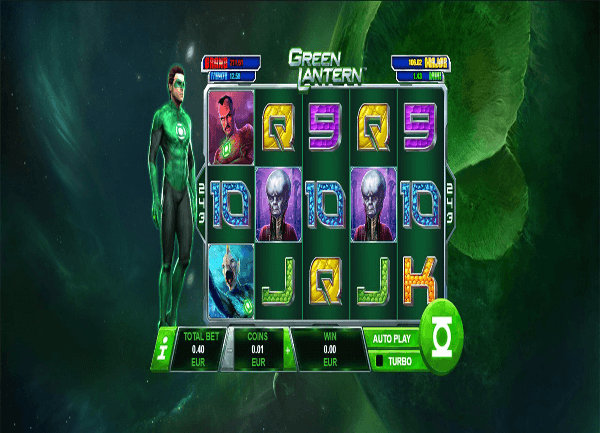 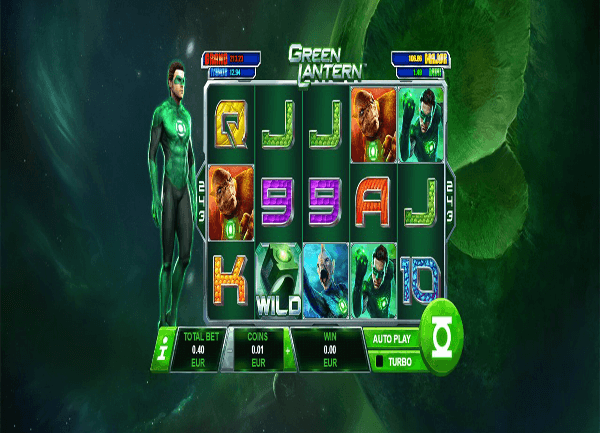 Green Lantern is a 5 reeled, 243 ways to win video slot machine by Playtech that takes players on a great journey into the DC comic world of superheroes.