Fa Fa Twins by Betsoft Gaming is a 5 reeled game that has 243 ways to win. The game is pretty rewarding, thanks to its generous ways to win, as well as its special features. The first of the special features is the wild icon. This wild is the logo of the game “Fa Fa Twins”. This wild would be able to increase the players’ winning chances by replacing any of the other icons appearing anywhere on the reels of the game. The wild will replace the symbol that would result in the biggest payout.

The game also has a double up game. This game can be played by players anytime they create a winning combo by forming a combo with matching icons. Players will play a game of luck, with 50/50 chances to double up on what they have earned. Players can keep doubling up what they earned, until they choose to claim the prizes, or until they lose.

The slot comes with a Dual reel feature. During all regular spins, at least 2 reels will become identical and spin in sync to help players create multiple payouts. The dual reels can extend in order to include more reels.

The game has two characters that players will join during the game play. These characters are the two Fa Fa twins.

The symbols include the usual poker card icons. In addition to these icons, there are the stash that is full of coins, the golden teddy bear, an orchid, the two twins and the golden fish icon.

Fa Fa Twins is a 5 reeled game that has 243 ways to win. The game is the newest slot title to be released by Betsoft Gaming. The game takes players on a wild ride into the Asian culture where they will get to join two Chinese twin girls. Players will get to venture off with the help of these twins in a world that is full of fortunes and golden coins.

Players will have the chance to claim their share of these fortunes through the ways to win of the slot, as well as the special icon and features that the game has to offer. The game has amazing visuals and wonderful sound effects that would immerse players into the theme of the game. 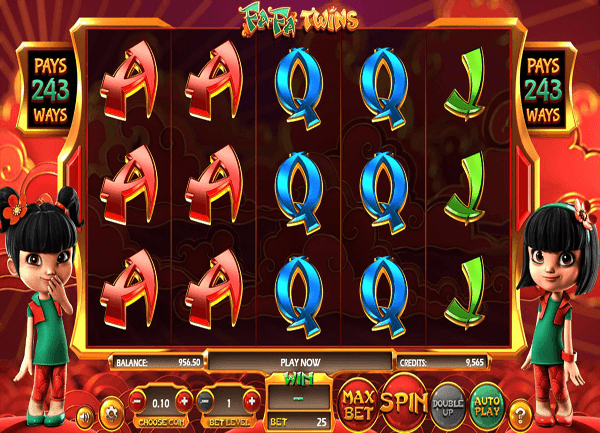 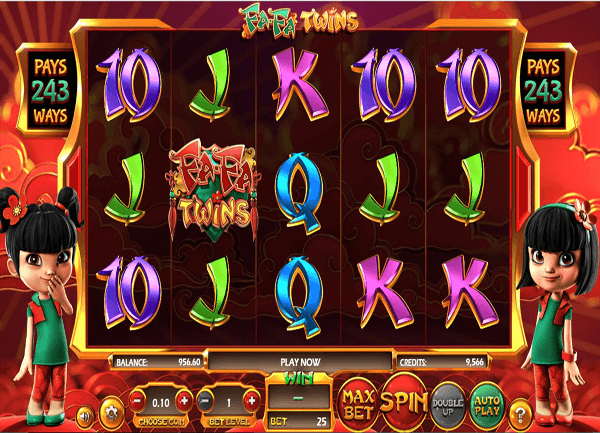 Fa Fa Twins
slotadmin
February 25, 2017
7.8/10
Fa Fa Twins is a 5 reeled game with 243 ways to win that takes players to the Asian lands that are full of rewards and fortunes for players to claim.
7.8 Review Score
Fa Fa Twins

Fa Fa Twins is a 5 reeled game with 243 ways to win that takes players to the Asian lands that are full of rewards and fortunes for players to claim.