Emperor of the Sea Mobile 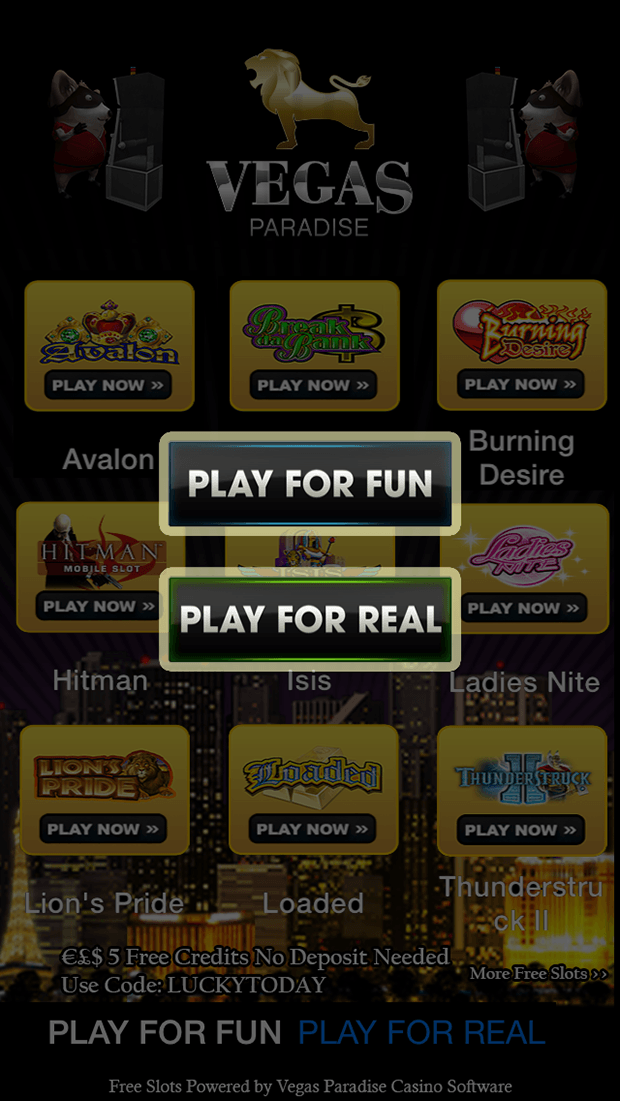 Emperor of the Sea is a highly rewarding video slot game that takes players on a fantastic ride that is full of winning chances. This does not come as a surprise, since the game is developed by Microgaming, which is well known for its fortunes and rewards.

The first of the game’ special symbols that can help players claim a lot of rewards is the wild. This wild icon is the logo of Emperor of the Sea. The wild will help players claim a cpayout by substituting for other icons anywhere on the reels of the game. It will replace the symbol that is going to give players the biggest payout possible, depending on the rest of the icons. The wild icon can appear stacked during the main game play and the free spins.

The free spins round becomes active whenever players get three of the scatter golden ingot icons anywhere on the reels. They will claim 8 free spins that come with two features. These two features are the Rolling Reels and the Growing Wilds.

Emperor of the Sea Games Info

The game’s one and only character is the Dragon Emperor. It will appear as a symbol on the reels of the game, and it is one of the highest paying icons that the game has.

The rest of the icons are inspired by the theme of the game. These icons include the Tortoise, the golden ingot, poker card icons, the Dragon Emperor, the logo of the game among other cartoon style icons.

Emperor of the Sea is a five reeled game that has 3 different numbers of lines that players can activate. Players can choose to play the game with 38 lines, 68 lines or 88 lines. Player will travel to the Asian lands and seas, into the dominion of the Dragon Emperor. Players will go through the waters in search for the great fortunes and riches that the Dragon Emperor has..

The slot machine has multiple winning chances, whether through the wager lines, or with the help of the game’s special icons. Details about the game play, the feature and the regular prizes can be found at the payouts table of the slot. 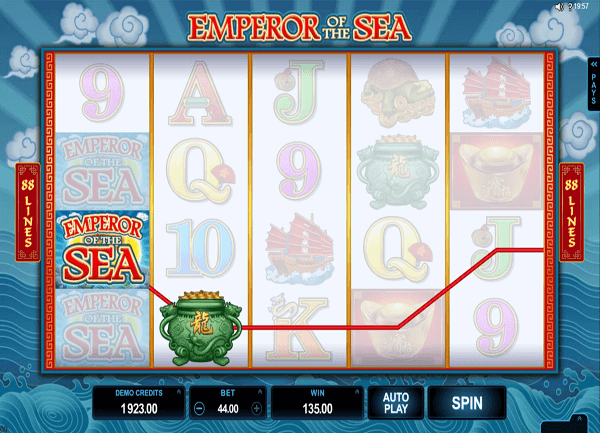 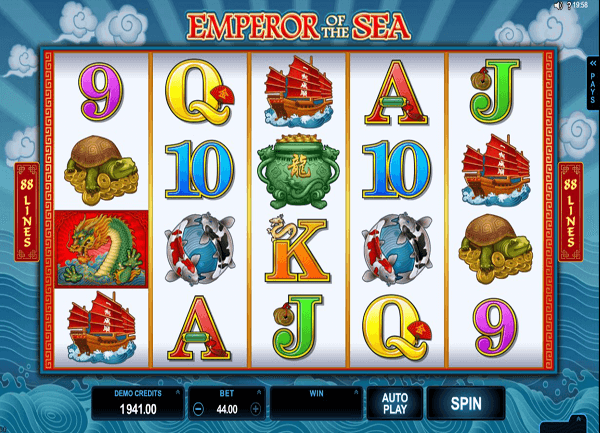 Emperor of the Sea is a five reel game that can have up to 88 wager lines. The game has an Asian theme that takes players on a great ride into Asian waters for a rewarding ride.